*Key parts of the information are highlighted in bold*

*The 4-4-2 will be done today, and other formations will be added soon*

So, the 4-4-2, the most basic formation there is to use on the game, and is usually very successful in England for me, and was successful in Spain and Italy for me also. The 4-4-2 can be used in many different ways, I personally use it by trying to make each position link with each other, e.g CM's, wingers, strikers, CB's etc, but you can do it by trying to completely balance out your team with a few attacking players, and enough defending players to cover you on the counter attack, e.g 5 attacking players, and 5 defending players at all times. This can easily be used on FM10 now, with the setting choosing if you want them to 'defend', 'attack', or even 'mixed'.

It's quite simple when you think about it, looking at your 4-4-2 formation, the players you'll want to get on the ball in attack would obviously be your 2 strikers, your 2 wingers and probably at least 1 of you centre midfielders, usually a playmaker. Defend is obviously used for pretty much your centre backs, full backs and usually 1 centre midfielder, formally known as a "ball winning midfielder".

GK:
Not much tactical advice needed here really, although if you're wanting to use a sweeper keeper, then you'll need to look out for the stats such as Rushing Out, Agility, Acceleration and Decisions. If those stats aren't above 13/14, I would just stick to the regular keeper position. If you're looking for key stats for 'keepers, then reflexes, one on one's, aerial ability and also command of area helps a lot too as 'keepers will organise their defence for set pieces sometimes quite efficiently.

LB & RB:
In a 4-4-2, full backs are quite important. Depending on what kind on ML/MR you're using, e.g winger or a wide midfielder, will change how much of an attacking or defensive position they will take up when you are in possession of the ball.

Personally if I've got my ML/MR as a winger, I will set my full back to defend, especially when you're a mid table/top half team in your division, this is mainly because the winger will attack the flanks enough, and shouldn't need to much support, but of course with the defend setting, the full back will be there to pick up the ball from the winger if needed and will make a simple pass to another player, however if you're one of the better teams in your division, sometimes putting this on automatic (especially if you have very good full backs) is a good idea as they full backs can dictate the pace of the game if they have enough composure and technique on the ball, and will attack when their team does, and defend when their team does.

Natural fitness is needed for this setting though as he will probably be doing a lot of running all game up and down the flank.

CB's:
Centre backs in a 4-4-2 don't need to be amazing at through balls, or to have a great long shot, all they need to do is be able to complete the basics of defending. For example, Vermaelen is a ball playing defender, with his composure and technique on the ball, he can makes strides forward and join the midfield in attacks to try and overload the opposition, and there are players like Sol Campbell, who don't have great passing or technique on the ball, and will just complete the basics of defending, by tackling and marking the opposition striker, and passing the ball into midfield, to the other centre back, to the full backs or back to the keeper, basically nothing fancy.

Of course, if you're trying to play like Arsenal in their style of play with world class players, then this may change for you, and you might want your centre backs to join the midfield in possession of the ball, although a mix of a limited defender, and a ball playing defender is important, incase the ball playing defender loses possession in a dangerous area, the limited defender will be there to try and regain possession for the team. Key stats for a limited defender are heading, marking, tackling, concentration, and all physical attributes at atleast 13 helps a lot, with them then being able to deal with a more wide variety of strikers, for example the blinding pace of Agbonlahor, or the superb aerial threat given by players such as Peter Crouch, all in their own way will give you problems throughout games, so a wide variety of good physical attributes help, especially agility.

I would not recommend using a ball playing defender in a 4-4-2, personally I don't buy them as I want my centre backs to defend and nothing else really.

RM/LM:
Wingers are an integral part of the 4-4-2 system, with their ability to create chances for the strikers, and if they are not on form, your team normally struggles. There are 3 types of RM/LM's, a defensive winger, a wide midfielder, and a winger.

They all have different jobs, with the defensive winger tracking back more than getting forward, and helping out their full back. This is a good idea if you've got a below par full back vs a world class winger, as doubling up on the winger could stop his impact on the game. Obviously with a defensive job, he will need to be able to tackle, mark, and anticipate through balls to the opposition wingers, so tackling, marking and anticipation are all important stats, along with stamina and natural fitness as he will be running after the opposition winger quite a lot. Also team work and work rate are important.

Wide midfielders will try and track back, and also join in attacks, but sitting in their midfield position is their man job, and they will look to skip past their marker quickly and cross the ball early into the box, and will also look for through balls a lot, so a technically sound player is good to have here, but work rate and teamwork are also needed.

A winger will focus on attack and will not have any plans to help out his full back with the opposition winger, and will therefore focus more on exploiting the full back for either a lack of concentration, technical ability, or on pure pace down the wing. Keyy stats for any winger, are crossing, dribbling, acceleration, positioning and work rate. These stats will all make the winger a more dangerous threat, and will therefore give your team a better chance of winning the game.

CM's:
CM's can balance out the whole teams efforts to go forward sometimes, with one usually being defensive and one a playmaker who will make late runs into the box (as mentioned earlier). I usually have a mix of a ball winning midfielder/box to box midfielder, and a deep lying playmaker, this is mainly because it gives a good balance to the team, and with the ball winning option, it's more for away games where you'll want to win the ball, hold it up and let your wingers and strikers make dangerous runs and then give it to your deep lying playmaker to make that sublime pass you need.

Therefore the box to box option will usually be for home games, he need to have a good work rate, good team work, good fitness and stamina, and also good tackling and finishing really helps in this role. I used Martin Rowlands in a box to box role before (in my Goalscoring tactic) and he scored 20 league goals in the season, with about 12 assists, which underlines the importance of this role.

A deep lying playmaker needs to be able to create chances and find the gaps in defence for pacy wingers and strikers to get in behind the opposition defence, therefore will need good stats in creativity, passing, technique, decisions, composure and concentration. Although the deep lying playmaker will have to be able to defend in certain situations, as he will be lying deep in midfield and will usually be closed down as a playmaker a lot as he is seen as a big threat to the opposition, and therefore will need to be brave in the tackle, and also accurate too, and a good deal of strength never hurt anyone.

If you would like me to underline the importance of any other midfield roles, I will happily do it, but these are my personal choices and favourites for my playing style.

Strikers:
Strikers are the final process of your teams build up, but they need to do more than just shoot, one will need to link up play, and one will look for scraps and get goals for the team. A 'big and little combination' has always been a thorn in the opposition sides, with them still unable to cope with the combination to this day. An example of this combination is with Kenwyne Jones and Darren Bent, with Jones not being the best technically, but his physical ability in the air is a massive threat to any defence, and he usually headers the ball down to his strike partner Darren Bent, or to a centre midfielder making a run forward to support the attacking move. Key stats for a "target man", are strength, jumping, balance, first touch, passing and finishing. Mostly physical stats are needed, but technical ability like first touch and passing will allow the target man to bring more people into play, and will result in a better chance of a goal for your team, and of course with him being a striker, he needs to be able to finish chances when the opportunity arrives for themselves to score.

Whereas Darren Bent will look to pick up the scraps from the flick on's from Jones, and will look to grab goals where he can from one on one's position usually, this is called a "poacher" role. To be a poacher, you'll need anticipation, finishing, composure, off the ball, positioning and a bit of pace is a great thing to have as the player will get in behind the defence for flick ons and through balls more often.

Having strength as a poacher won't do much good as you won't be looking to hold the ball up and will usually be looking to get in positions where you're unmarked by the opposition inside the box, although strength can help when going head to head with a centre back on your way through to goal.


All credits to "Max" 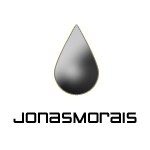